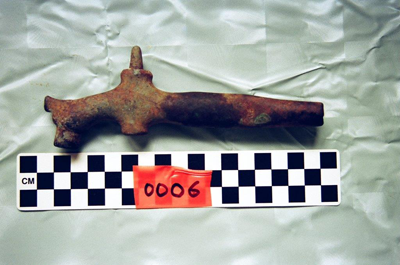 Maritime archaeology (also known as marine archaeology) is a discipline within archaeology as a whole that specifically studies human interaction with the sea, lakes and rivers through the study of associated physical remains, be they vessels, shore side facilities, port-related structures, cargoes, human remains and submerged landscapes. A specialty within maritime archaeology is nautical archaeology, which studies vessel construction and use. As with archaeology as a whole, maritime archaeology can be practiced within the historical, industrial, or pre-historical periods. An associated discipline, and again one that lies within archaeology itself, is underwater archaeology, which studies the past through any submerged remains be they of maritime interest or not. An example from the pre-historic era would be the examination of remains submerged in ancient wells or cenotes, or of Indigenous sites now lying underwater yet well away from the sea or inland waters. The study of submerged aircraft lost in lakes, rivers or in the sea is an example from the historical or industrial era. Many specialist sub-disciplines within the broader maritime and underwater archaeological categories have emerged in recent years.

Maritime archaeological sites often result from shipwrecks or sometimes seismic catastrophes, and thus represent a moment in time rather than a slow deposition of material accumulated over a period of years, as is the case with port-related structures ( such as piers, wharves and jetties) where objects are lost or thrown off structures over extended periods of time. This fact has led to shipwrecks often being described in the media and in popular accounts as 'time capsules'.

Archaeological material in the sea or in other underwater environments is typically subject to different factors than artifacts on land. However, as with terrestrial archaeology what survives to be investigated by modern archaeologists can often be a tiny fraction of the material originally deposited. A feature of maritime archaeology is that despite all the material that is lost, there are occasional rare examples of substantial survival, from which a great deal can be learned, due to the difficulties often experienced in accessing the sites.

There are those in the archaeology community who see maritime archaeology as a separate discipline with its own concerns (such as shipwrecks) and requiring the specialized skills of the underwater archaeologist. Others value an integrated approach, stressing that nautical activity has economic and social links to communities on land and that archaeology is 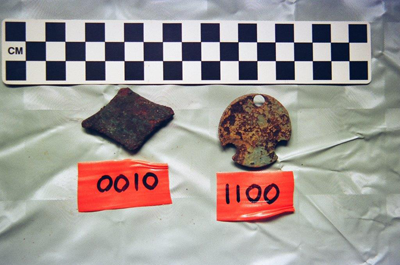 archaeology no matter where the study is conducted. All that is required is the mastering of skills specific to the environment in which the work occurs.

Of the many examples where the sea bed provides an extremely hostile environment for submerged evidence of history, one of the most notable, the RMS Titanic, though a relatively young wreck and in deep water so calcium-starved that concretion does not occur, appears strong and relatively intact, though indications are that it has already incurred irreversible degradation of her steel and iron hull. As such degradation inevitably continues, data will be forever lost, objects' context will be destroyed and the bulk of the wreck will over centuries completely deteriorate on the floor of the Atlantic Ocean. Comparative evidence shows that all iron and steel ships, especially those in a highly oxygenated environment, continue to degrade and will continue to do so until only their engines and other machinery project much above the sea-floor. Where it remains even after the passage of time, the iron or steel hull is often fragile with no remaining metal within the layer of concretion and corrosion products. The USS Monitor, having been found in the 1970s, was subjected to a program of attempted in situ preservation, for example, but deterioration of the vessel progressed at such a rate that the rescue of her turret was undertaken lest nothing be saved from the wreck.

Some wrecks, lost to natural obstacles to navigation, are at risk of being smashed by subsequent wrecks sunk by the same hazard, or are deliberately destroyed because they present a hazard to navigation. Even in deep water, commercial activities such as pipe-laying operations and deep sea trawling can place a wreck at risk. Large pipelines can crush sites and render some of their remnants inaccessible as pipe is dropped from the ocean surface to the substrate thousands of feet below. Trawl nets snag and tear superstructures and separate artifacts from their context. 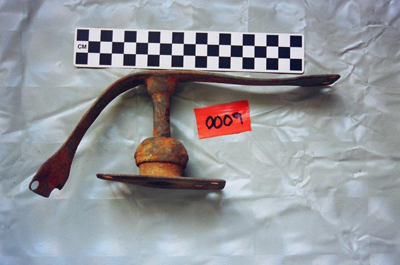 The wrecks, and other archaeological sites that have been preserved have generally survived because the dynamic nature of the sea bed can result in artifacts becoming rapidly buried in sediments. These sediments then provide an anaerobic environment which protects from further degradation. Wet environments, whether on land in the form of peat bogs and wells, or underwater are particularly important for the survival of organic material, such as wood, leather, fabric and horn. Cold and absence of light also aid survival of artifacts, because there is little energy available for either organic activity or chemical reactions. Salt water provides for greater organic activity than freshwater, and in particular, the shipworm, terredo navalis, lives only in salt water, so some of the best preservation in the absence of sediments has been found in the cold, dark waters of the Great Lakes in North America and in the (low salinity) Baltic Sea (where the Vasa was preserved).

While the land surface is continuously reused by man, the sea bed was largely inaccessible until the advent of submarines and scuba equipment in the twentieth century. Salvagers have operated in much earlier times, but much of the material was beyond the reach of anyone. Thus the Mary Rose was subject to salvage from the sixteenth century and later, but a very large amount of material, buried in the sediments, remained to be found by maritime archaeologists of the twentieth century.

While preservation in situ is not assured, material that has survived underwater and is then recovered to land is typically in an unstable state and can only be preserved using highly specialized conservation processes. A challenge for the modern archaeologist is to consider whether in-situ preservation, or recovery and conservation on land is the preferable option; or to face the fact that preservation in any form, other than as an archaeological record is not feasible. A site that has been discovered has typically been subjected to disturbance of the very factors that caused its survival in the first place, for example, when a covering of sediment has been removed by storms or the action of man. Active monitoring and deliberate protection may mitigate further rapid destruction making in situ preservation an option, but long term survival can never be guaranteed. For very many sites, the costs are too great for either active measures to ensure in situ preservation or to provide for satisfactory conservation on recovery. Even the cost of proper and complete archaeological investigation may be too great to enable this to occur within a timescale that ensures that an archaeological record is made before data is inevitably lost.

This page is still under construction The above text courtesy of WIKIPEDIA – the free encyclopedia Interested in learning more about Marine Archaeology?

We offer seminars and customized courses and training– please contact us for more information.